Skip to Content
Home / Entertainment / Sumayah is to launch her digital talk show to empower women! ﻿

Super sumayah is all ready to launch her digital talk show to empower women!

Digital talk show became a super hit lately and people started creating a fanbase to it. These talk show became so popular because of powerful content, no shitty talk, and short and sweet meetings and conversation we all needed to see since a long time.

Kanwal Ahmed from soul sister Pakistan initiates this idea of digital talk shows. Since Digitalization is becoming more powerful, Conversation with Kanwal became a hit in the continuity of a couple of seasons. Kanwal empowers women, men, and people in all aspects.

Let’s talk about Super Khawateen. Sumayah Hasan, based from Islamabad is behind this talk show.

Sumayah is one of the initial ladies who stepped into the blogging world. She’s being a travel blogger covers all the do’s and donts of travels, relationship advice,covers about self care, health routines, empowerment talks, being a mom talks, postpartum depression, weight loss after pregnancy and what not.

Sumayah hasan shared sneak peeks of this show in her stories on Instagram. Also sumayah shares a trailer where is in conversation with tania aidrus.

Maybe you don’t know, Tania is a former google executive having a bright future in Singapore. She switched her career and came back to support digitalization  in Pakistan. If we say she is a superhero, that wont be wrong.

Super Khawateens will be on IGTV and YT both (my channels) and on Lol Studios’s FB Channel.

There are 10 episodes with guests like Hira and Hemayal from Her&Hem, Waliya Najib, Humna Raza, Tania Aidrus, as well as other local successful entrepreneurs like Quratulain from AQS Design Studio, Sibgha Vaqar from My Cuppa Tea, Hafsa Wajid from Beautynow.pk etc.

The show is about bringing the success stories of women entrepreneurs to Pakistani People, so other young girls can also find inspiration and support. The guests each share insights on issues that are unique to women but aren’t discussed like managing work-life balance, working while living with in-laws, constraints of doing business being a woman, managing children and business, etc.

The episode one will be out on 6th of the March 2020 right a day before women’s day. Sumayah aims to empower women in general and we wish her luck for the success of the show.

Read my previous: review on a web series Ayesha! 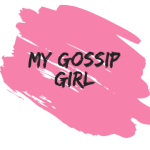 Health and self care, Review

Child Abuse will be Staying forever. Know here why!

Superbowl 2020 stage sets on fire with Shakira and Jennifer lopez